What Is Disability Discrimination?

If an employee is treated less favourably due to their disability than other co-workers, whether as a single one-off act or on a regular basis—then this is disability discrimination.

There are six key areas of disability discrimination

The Equality Act 2010 outlined regulations to protect all employees from disability discrimination. This includes management, contract or agency workers, freelancers, self-employed staff, trainees, apprentices and also job applicants. Employees are not only covered within all areas of employment but also during training and when being considered for recruitment. 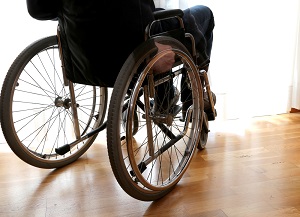 The classification of disability and the acts defined as discriminating behaviour towards an employee in this area are set out in the Equality Act 2010 guidelines.

“A disability is a mental or physical impairment that has a substantial or long-term effect on your ability to perform normal day-to-day activities.”

Long-term is considered as any condition with a duration in excess of 1 year (12 months).

Day-to-day activities are the types of act non-disabled people can carry out without any special attention, for example:

There are specific exceptions to illnesses classed as a disability; theseinclude:

Protection provided by the Equality Act applies as soon as an employee is diagnosed with a disability or progressive condition.

An employee is also covered by the guidelines set out by the Equality Act 2010 if they have experienced a disability in the past. Any discriminatory behaviour relating to a physical or mental health condition with a duration of over 12 months, where the employee made a full recovery, is liable for prosecution.

When treating a worker with a disability more favourably than a non-disabled worker, this cannot be considered as unlawful discrimination.

If an employee is treated unfairly because of their disability, this is direct discrimination.

Examples of direct discrimination include:

It is also considered discrimination if your employer treats you unfairly because you care for a disabled child, parent or other family member.

Direct discrimination can occur during recruitment, in interviews and on training courses. Any questions or enquiries into a possible employee’s health at application or at interview are considered exercises in screening out disabled applicants and are liable for prosecution.

Only conditions that relate directly to the role can be considered lawful practice; for example, if an employee’s disability or use of medication would affect their performance of machinery, causing health and safety issues for either themselves or to co-workers.

Examples of indirect discrimination can include:

Any treatment intended to humiliate, offend or degrade a disabled employee is considered harassment. Action found to violate an employee’s dignity, to create an intimidating, hostile, degrading, humiliating or offensive environment in the workplace is classed as harassment and is liable for prosecution.

Other typical areas of harassment include:

Employers are also liable to harassment or discriminatory behaviour towards disabled employees from third parties associated with the business. These can include:

Victimisation is the delivery of unfair treatment resulting from an employee making a complaint about disability discrimination or helping a colleague to make a complaint of the same.

If an employer, manager or member of staff believe or assume that an employee has made a complaint of disability discrimination or has assisted another member of staff in doing the same, and subsequently treats them unfairly, then this is also considered victimisation.

Discrimination also covers any actions arising from or connected to a disability but isn’t the disability itself. For example, this could include items such as:

If an employer can show objective justification where discrimination arising from a disability negatively affects a role, this is not considered unlawful.

For example, if an employee’s deteriorating eyesight or hearing prevents them from being able to continue to carry out the role they were employed to perform. In situations such as these, the employer should make reasonable attempts to find a suitable alternative role for the employee. If this isn’t possible, as no such role is available, dismissal is considered a reasonable action.

Failure To Carry Out Reasonable Adjustments

In order for disabled workers to be able to carry out their role as easily as non-disabled workers, it is expected that the employer makes reasonable adjustments to the facilities. These areas can include:

The term ‘reasonable’ suggests a suitable provision, criterion or practice system. This is dependent on several factors and should also show consideration of the resources available to the employer.

Any disabled employee who feels that they have suffered discrimination should follow the appropriate channels and complaints procedure as outlined by the business. The first step should be to complain to their manager about the inappropriate behaviour or system. If the matter cannot be resolved to the employee’s satisfaction, the next step would be to make a written complaint to the employer. A written complaint can be used as a record of the event if brought to a tribunal.

You may only raise an employment tribunal against an employer or colleague if you have followed the ACAS Early Conciliation process. Your claim must be made within 30 days of the discrimination or the most recent act of discrimination.

If successful, a tribunal will declare the rights of the claimant. It can be recommended that the employer implements key changes to their processes to avoid further issues and similar cases arising. The tribunal will also award compensation to the victim.

Awards to injury and feelings include hurt feelings, aggravated damages and injury to health. The Court of Appeal offers guidelines for the amounts of compensation—ranging between £800 for less serious cases to over £40,000 for the most serious. Awards can cover loss of earnings, additional losses and money lost from interest charges.

You can call on 0113 4334 118 or email for an initial consultation regarding your employment position. We will offer you complete and full advice in easy to understand terms to help you to establish the most likely outcomes for your case in a relaxed and pressure-free environment.We understand how difficult this time can be, so our expertly trained staff deliver all of our services with empathy and understanding. It is entirely up to you whether you decide to pursue your claim or not. We’re here to help you make those critical decisions backed by years of experience and industry knowledge.
Start Your Claim Now!
Call Us Now !

Employment Solicitors Leeds.com is a service provided by Nexus Solicitors which is itself a trading name of Nexus Solicitors Limited, a limited company registered in England and Wales under number 563473. The registered office of the company is 32 Park Cross St, Leeds LS1 2QH, UK. Nexus Solicitors is authorised and regulated by the Solicitors Regulation Authority. Use the following link http://www.sra.org.uk/handbook/ for online access to the current professional rules applicable to solicitors.

Any cookies that may not be particularly necessary for the website to function and is used specifically to collect user personal data via analytics, ads, other embedded contents are termed as non-necessary cookies. It is mandatory to procure user consent prior to running these cookies on your website.